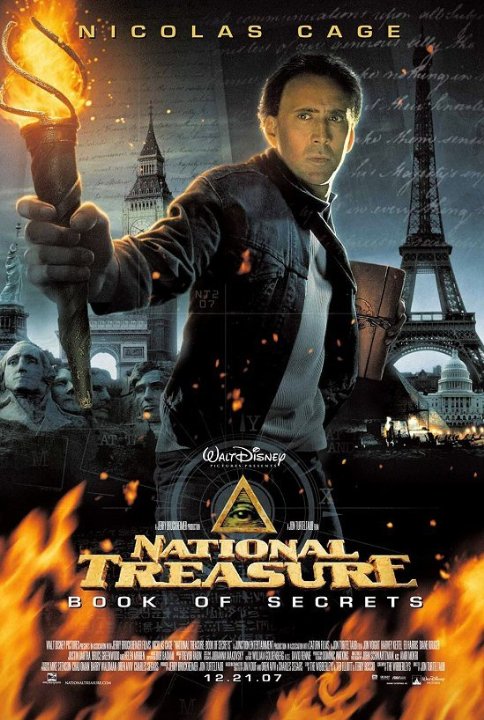 While Ben Gates is presenting new information about John Wilkes Booth and the 18 pages missing from Booth’s diary, a man by the name of Mitch Wilkinson stands up and presents a missing page of John Wilkes Booth’s diary. Thomas Gates, Ben’s great-grandfather, is mentioned on the page. It shows that Ben’s great-grandfather was a co-conspirator in Abraham Lincoln’s murder. When doing more research, the conspiracy takes Ben, Abigail Chase, and Riley Poole to Buckingham Palace (which they break into). They discover a plank that has early Native American writing on it. The plank has only one symbol that Patrick Gates can identify. The symbol is Cibola (see-bowl-uh) meaning the City of Gold. In order to define the rest they have to go to Ben’s mother, Patrick’s divorced wife. After 32 years it brings back old arguments. After that the other clue is in the President’s desk in the Oval Office in the White House (which Ben and Abigail sneak into) to discover that the clue lies in The … Written by mviedirctr354